The NEA (Nuclear Energy Agency) of the OECD promotes mentoring workshops geared towards girls in order to generate interest in science and technology activities, as well as to show women leaders in these areas of activity.

The fourth mentoring workshop: “Promoting Future Leaders in Science and Technology,” organized by WiN Spain in collaboration with NEA, will take place on Tuesday, September 27, 2022, in University of Cartagena.

Junior and senior professional mentors will participate as mentors. The Workshop will also have the participation of staff from the NEA and WIN Spain.

WiN (Women in Nuclear) Spain is a non-profit organization that brings together professionals who carry out their activity in the different areas of application of ionizing radiation such as energy production, medicine, and the restoration of works of art. Its main objective is outreach aimed at different social groups, especially women, as well as the promotion of the role of women in the professional field. WiN Spain is part of WiN Global, an international organization that has more than 35,000 members from 129 countries and that is integrated into the Spanish Nuclear Society (SNE) as a working commission.

The OECD Nuclear Energy Agency (NEA) has established the NEA International Mentoring Workshops as a platform to encourage young people to pursue science and engineering careers, often with a focus on young women. These international events have been held in various countries in recent years (e.g., Japan, Russia, Kenya, and Spain itself). They gather international and local role models (“Mentors”) with young students in order to encourage and mentor them as they consider their future.

With the aim of promoting professions related to science and technology among younger students, WiN Spain, in collaboration with NEA, organizes the International Mentoring Workshop: “Promoting Future Leaders in Science and Technology” within the framework of the 46th Annual Meeting of the Spanish Nuclear Society.

The Experiences in Ávila, Vigo and Granada

All this events, students shared their experiences and knowledge with a group of 12 mentors from the nuclear sector. 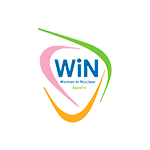 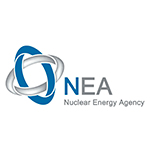 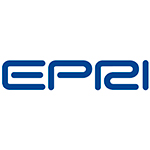